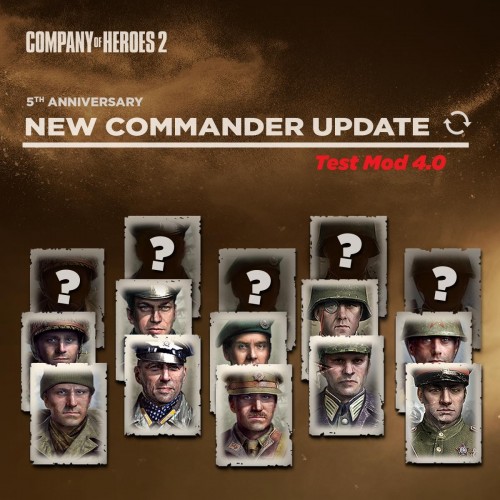 We are slightly reducing the power of this ability to only affect units in the nearby target area.

Rangers are having their received damage modifier removed as no other infantry unit in the game has this trait and due to recent cost changes. The unit is receiving a slight boost to received accuracy to compensate.

A slight delay has been added due to the high damage this ability can deal to armored vehicles in a short period of time, before players can react.

Due to recent feedback, the ability is being locked behind the Panzer HQ to solidify the tech bridge between the Tiger and King Tiger.

Due to the theme of the commander and feedback, we are changing the ability to better mesh with the idea of gaining intelligence on hostile forces. This change will also make the ability viable on a greater number of map.

Note the UI for this ability is still a work-in-progress as we’re still deciding on assets to be used and the building will be found in the base building construction menu due to attribute editor limits.

A number of changes have been made to a small group of underused Ostheer units to increase their viability and increase composition diversity. More details can be found below.

We’ve made some significant improvements to the Ostwind to improve its viability compared to the Panzer IV, and make it a reliable vehicle against both infantry and aircraft.

The StuG III is being given increased mobility and a reduced target size to improve its survivability on the field against AT-based units, and to compensate for its lower range compared to other tank destroyers and fixed turret

Panzergrenadiers are in a difficult position in the live game. We want to experiment with earlier deployment, before considering raw performance changes. Being able to fit Panzergrenadiers more easily into a build, and acquire veterancy sooner should result in more build diversity for Wehrmacht, while giving them access to a unit which can compete more readily with late-game Allied Infantry.

We also want to emphasize their role as mechanized infantry, despite removing them from T2. As such, we have added the Infantry Doctrine Combined Arms passive as a stock vet 1 ability.